Nominate and recognize leadership for Athena 2022!

Nominate and recognize leadership for Athena 2022! 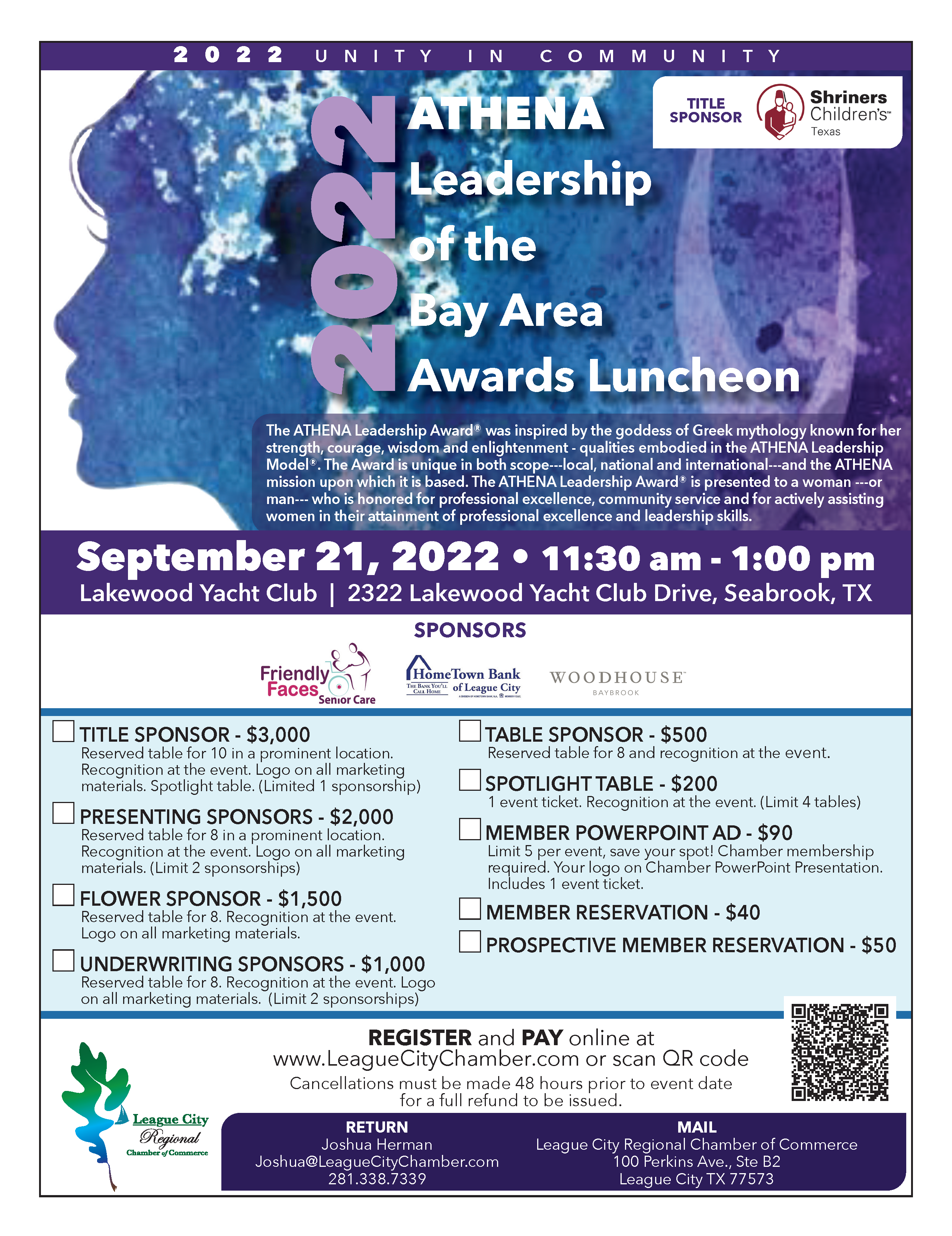 Leadership reigns every year, and it’s that time of the year again!

This year marks another year for the annual Athena Awards, an award program that has been a staple of your League City Regional Chamber of Commerce.

“It is an international leadership award for women,” said Diana Tabor, your League City Regional Chamber’s Director of Membership. “A woman is nominated by her peers so the award should be seen with a great deal of significance and respect because other leaders have noticed something special in you and want to honor that. In an environment where women are often too competitive with each other, this is an opportunity for women to uplift each other.”

As Tabor recalled, Athena is widely recognized, having come from a town in which Athena was frequently held in high regard.

“There was always buzz about it. It was and still is held in high esteem,” Tabor said. “People really hoped to see their name and be nominated.”

As Tabor knows well, the Athena awards are an opportunity to give the leaders of your community the recognition they deserve. There is a reason your League City Regional Chamber is our region’s host of this phenomenal award program.

“Everybody who is in the chamber has one common goal: to improve the environment where we live, work and play,” Tabor said. “This is an opportunity for you to nominate someone who you feel helps to impact and improve this environment we all live, work, and play in.”

Know someone who has exemplified phenomenal leadership this year? If you have a woman in your organization or know a woman in our community who should be nominated for the 2022 ATHENA Leadership Award, the time is now to nominate. The deadline to submit nomination is August 17th and the award winner will be announced at the September 21 ATHENA Awards Luncheon. Nominees do not have to be a chamber member; this award is open to anyone in the community. Nominate someone for Athena TODAY! Let’s award our Leaders of Today!