See your potential leaders speak at the chamber candidate forum!

See your potential leaders speak at the chamber candidate forum! 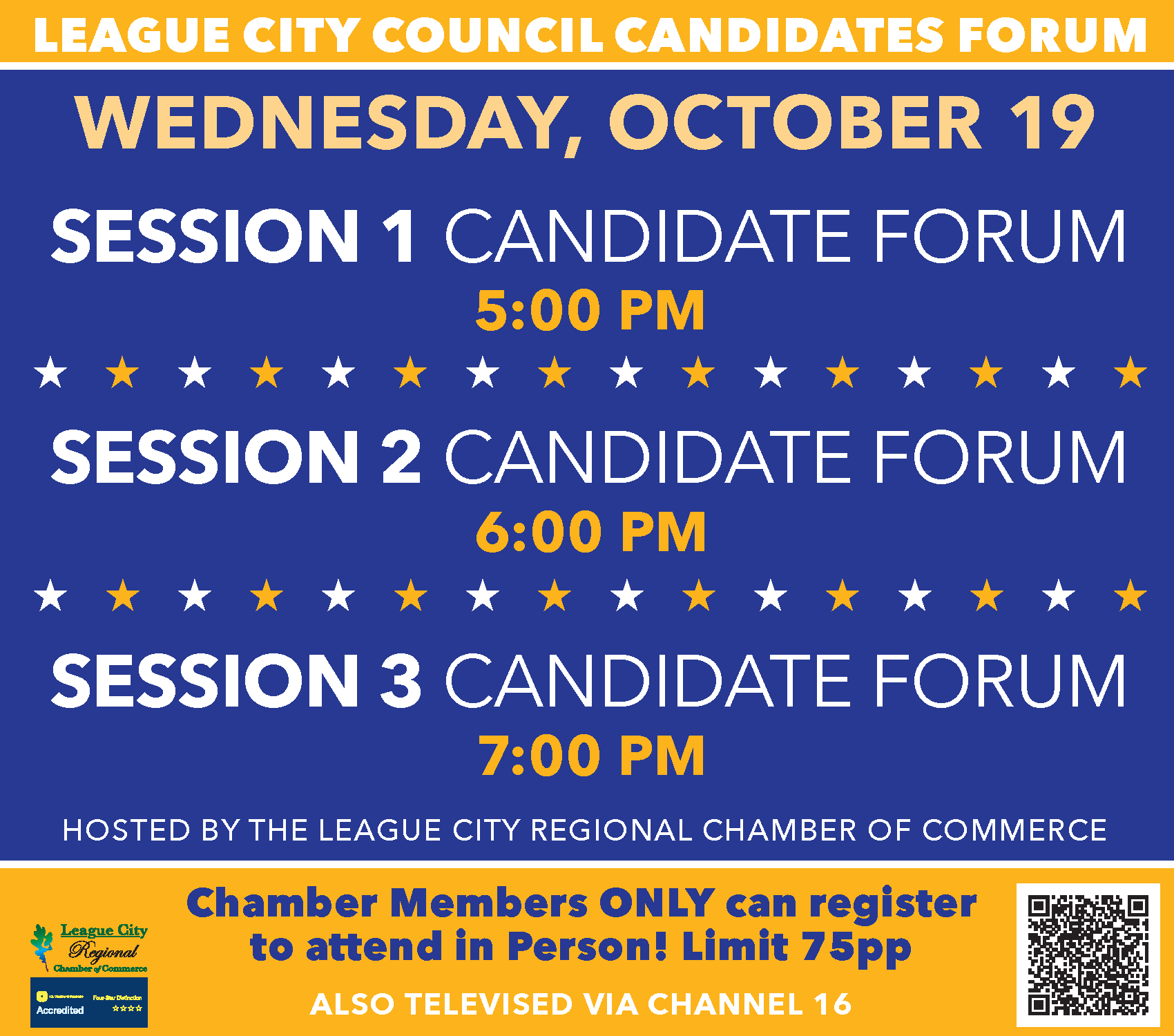 Ready to hear from the next potential leaders of your community? Your League City Regional Chamber of Commerce is hosting a series of candidate forums Oct. 19! This is the chance to get to know those running for city council positions in our wonderful city’s 2022 election!

If you are a chamber member, you can attend this forum in person! These forums will be both streamed and televised via channel 16. Catch these forums and speakers at the following times:

Register for this exciting forum here! The next General Election for the City of League City will be held on Tuesday, November 8, 2022 for expiring terms of the Mayor and Council Positions #1, #2, #6, and #7. Filing for a place on the ballot is set by state statute. The City will also hold a Special Election to fill a vacancy in Council Position #3, an unexpired term ending November 2024.

League City has a Council–Manager form of government. This means the City Council represents their constituency by being responsive to citizens’ needs, and tasks the City Manager with carrying out the delivery of these public services.

Other council duties include establishing city policy by voting on issues relating to City ordinances and resolutions, appointing certain positions within the City government, voting on contracts and adopting the annual City budget.

Council and mayor positions are volunteer, but do receive an annual stipend for attending meetings and performing other duties. Council members and the mayor serve a four-year term and can run for re-election for another four-year term. Council members may not serve more than two consecutive terms in the same position, nor can anyone serve as mayor following two consecutive mayoral terms.